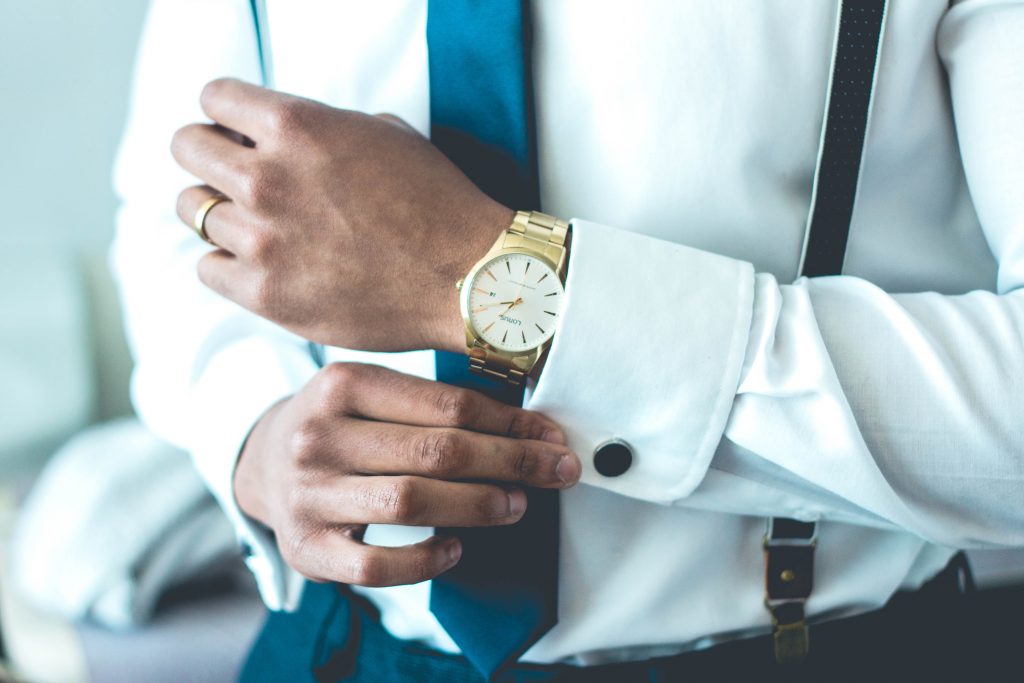 Mad Men fans everywhere remember the pivotal first scene where we learn just how talented Don Draper is at his job.

Faced with an almost-impossible copywriting task, he rose to the occasion to solve a huge problem for his client, Lucky Strike. In spite of research warning customers of the dangers of cigarettes, Draper delivered the iconic slogan — “It’s toasted” — to differentiate the brand from its competitors.

Now, we definitely aren’t advocating for smoking cigarettes (or many of Draper’s health choices). But fictional or not, you can’t deny the memorability and catchiness of that tagline.

It’s easy to recognize good copywriting when you see it, but there are actually several characteristics that really separate outstanding writing from the rest of the pack. Want to know them? Read on below to find out.

Copywriting is one of the most critical elements of any and all forms of marketing and advertising. Copywriting consists of the words, either written or spoken, marketers use to try to get people to take an action after reading or hearing them.

Copywriting is like a call-to-action, but on a bigger scale: Copywriters are trying to get people to feel, think, or respond — or, ideally, to Google the slogan or brand to learn more about the campaign. And where a blog post like this one has the luxury of hundreds of words with which to make a case, copywriters only have a few words to make their case.

But short and sweet isn’t the only characteristic of good copywriting. Keep reading to learn more characteristics of truly memorable copy.

1) It tilts your perspective.

Sometimes, all a message needs to break through is a slight shift in angle. We’ve grown so accustomed to blocking out marketing messages, we don’t even see them anymore. One of the most powerful things a copywriter can do is break down a reader’s guard with an unexpected approach. Every story has a myriad of angles — your job as a copywriter is to find the one that resonates.

This ad from Sage Therapeutics pressing the importance of talking about postpartum depression works because instead of asking readers to care about something they don’t know, it puts them in the position of experiencing the struggle that mothers suffering do. Did they miss some readers who quickly passed by the ad thinking it was for adult pacifiers? Most definitely. But the ad resonated that much more thoroughly with those who read it.

The next time you sit down to write, try out this approach. Don’t take the topic head on. Instead, ask yourself why it matters. Each time you write down an answer, challenge yourself to push it further. Find the larger story happening behind your message.

In 1996, Steve Jobs let the cat out of the bag. He was speaking with a journalist from Wired on the topic of creativity and explained:

“Creativity is just connecting things. When you ask creative people how they did something they feel a little guilty because they didn’t really do it, they just saw something. It seemed obvious to them after awhile.”

Let’s say you have to write an ad for a new pair of sneakers. You could take the assignment head on. You could write about the elasticity of the shoe’s sole or the lightweight design. Indeed, many have. Or you could put all of that aside and instead draw the connection between the product and the experience it evokes.

Two things are happening in this ad. First, the copy recognizes that for many, running isn’t about running at all — it’s about solitude, peace, and restoring sanity to an otherwise hectic life. Second, not only does Nike connect the ad to the experience of running, it actually connects to the sound that those shoes make as they hit the pavement.

This ad is about the complexity of one’s life fading away and being replaced by simplicity and clarity. As the copy progresses, the sentences simplify and the copy’s complexity is slowly replaced by the simple and rhythmic pounding of words: run, run, run, run. The same rhythm one hears when all but their footsteps have faded away. That’s connection.

The following are all headlines or leading sentences from Urban Daddy, an email-based magazine drawing attention to new products, experiences, and eateries.

What’s common among each of these leads? They make us want to read the next line. I mean, seriously, how much do you want to know where that Ewok thing is headed?

4) It is born out of listening.

Seeing its plans to launch yet another gym in the greater Boston region, an outsider might have called the Harrington family a wee bit crazy. The market was already flush with gyms, including a new breed of luxury ones that seemed to be in an arms war for the flashiest perks. Gyms across the region were offering massage services, smoothie bars, and fleets of personal trainers. And GymIt wouldn’t have any of that.

What did GymIt have? An understanding of its core audience. Before launching its new gym, the brand did a ton of listening to its primary market of gym-goers. For many in GymIt’s target market, the added benefits associated with luxury gyms were nice to have, but came with a lot of baggage — namely expensive rates and overly complex contracts.

GymIt decided to simplify the gym-going experience for people who predominately cared about getting in and working out. The copy in its launch campaign and across its marketing materials reflects that understanding.

In an older blog post, Copyblogger’s Robert Bruce put this nicely. “Humble yourself and truly serve your audience, listen to their needs and desires, listen to the language they use,” he said. “If you listen carefully, your audience can eventually give you everything you need, including much of your copy. Get out of their way.”

5) It avoids jargon and hyperbole.

Have I lost you yet?

When writers struggle to convey what is truly special about their company, product, or service, they sometimes fall back on jargon or hyperbole to underscore their point. The truth is, good copywriting doesn’t need dressing up. Good copywriting should speak to the reader in human terms.

This isn’t to say you should never celebrate awards or achievements. Just be direct in the way you explain that achievement. This homepage from Basecamp does a nice job of highlighting its popularity in concrete terms.

Good writing gets to the point — and that means cutting out excessive phrases, and rewording your sentences to be more direct. In an ad celebrating its “academic” readership, The Economist playfully demonstrates this below.

How do you rid excess words from your writing? It’s half practice, half knowing where to cut. This article from Daily Writing Tips is one of the most effective summaries I’ve found on precise writing. Included in its tips:

In general, if you can afford to cut without losing the meaning of a sentence, do so. Push yourself to strip down your word count. Turn 50-word homepage copy into 25, then push yourself again to make that 25-word sentence into 15 words. It’s not about brevity so much as it is about making sure every word counts in your writing.

Since my last point was about getting to the point, I’ll keep this brief: Words matter. Every time you sit down to write an ad, web page, video script, or other content for your company, you have the opportunity to break through to people. Find those opportunities in your marketing and make sure that you’ve made the most of them.

Editor’s note: This post was originally published in November 2017 and has been updated for comprehensiveness.

VP of Marketing at @HubSpot. Meghan is interested in tech, social innovation, writing, and just about any action movie from the early 90s.