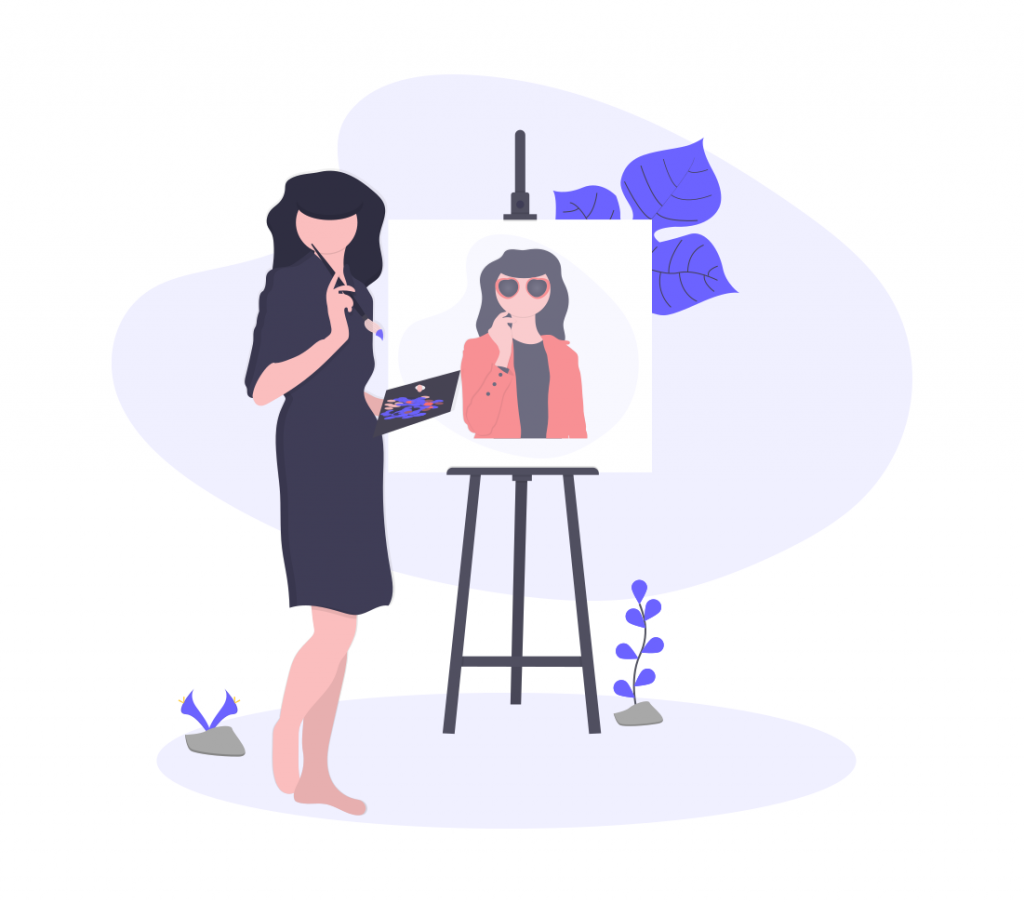 If you’re someone who works in the graphic design field or just likes to create visual content, chances are you have heard of or used Canva.

Canva is a platform for creating graphics for social media, presentations, posters, documents, and other visual content. Its Australian founder, Melanie Perkins, has a remarkable story, and her journey to success is something we’ll be talking about today.

Perkins was an entrepreneur at a young age. She started doing business by designing and selling scarves in her hometown when she was 14. She said she “loved the freedom and excitement of building a business,” which played a big part in her motivation for the future.

As you can see, Perkins was fuelled with ambition from the very beginning.

When Perkins was in the university, she taught other students graphic design. She often witnessed her students struggling with the basics due to the complicated and non-beginner-friendly graphic design software. Additionally, the software was extremely expensive (The cost of Photoshop was nearly $1,000 at the time) and was overkill for many projects.

There had to be a better way.

She had a vision that design software in the future would be online, collaborative, and more accessible than the existing complicated tools.

And so, at 19 years old, Perkins and her boyfriend Cliff Obrecht started to test out a portion of this big idea, which was called Fusion Books.

Fusion Books was a print design company that was used online. It allowed people to make their own designs for the site with Fusion’s templates and then order them from there, which in turn made it easy, quick, and cost-effective as opposed to traditional printing options.

The couple grew the company, and in the span of 5 years, it became quite successful.

To this day, Fusion Books is still fully operational and is the largest yearbook company in Australia.

Fusion Books was no doubt a success for the couple, after all, it is the biggest yearbook company in Australia, and had already expanded into France and New Zealand.

But when Melanie and Cliff were running Fusion Books, they thought there could be a broader application for the software, which was the start of what we would know today as Canva.

The Start Of Canva

In 2011, Melanie and Cliff started Canva. It was a big risk since there were many other competitors in the market – like Adobe Photoshop for example. But they continued regardless.

Canva’s goal was to become “the simplest way possible” to design images with just drag-and-drop functionality of templates that are accessible to everybody with an Internet connection.

Perkins was based in Australia, so it was extremely difficult for her to garner big tech investors which, by the way, were mostly based in the other parts of the United States.

She lived with her brother for 3 months in San Francisco. She pitched to more than a hundred venture capitalists, but unluckily, was rejected by all of them. She said in an interview: “I remember thinking: “Why is this so hard?””.

During her Fusion Book days in 2010, Melanie met venture capitalist Bill Thai at a conference in Perth. Bill was interested in the startup.

Things were finally taking a right turn! She was also eventually introduced to celebrities Woody Harrelson and Owen Wilson. The two liked the idea, and invested into it.

Be Patient, Not Frustrated

Rasmussen agreed to serve as their tech advisor. However, when he took the position, he rejected every single resume and LinkedIn profile that Perkins sent to him, as well as anyone else she brought to him. At the time, Perkins just wanted to get started, so this was incredibly frustrating.

In the end, it was all worth it. They found a tech developer in Dave Hearnden and a co-founder in Cameron Adams, who were both from Google and had the refined skillsets that the startup needed to evolve into what it is today. After closing their first round of funding, the company already began to see early growth.

Canva’s CEO and co-founder, Melanie Perkins shares the highs, lows, and lessons learned while building a startup from scratch! buff.ly/2DgCcDP

Canva was launched in August 2013, it got a couple of reviews from blogs and users.

Canva’s engineers had to stay up late just to keep up with the growth and new subscribers to the platform.

During the time, the rise of social media platforms was changing how brands reached people. Schools, authors, bowling alleys – everyone really started to care about their online presence.

It was the perfect timing possible since Canva was an easy and affordable way to build a magnificent online presence. In Canva’s first month, it grew to 50,000 users.

Melanie focused on building an incredible product, didn’t cut corners, so when people discovered Canva.. they loved it.. and evangelized it and spoke about it to all of their friends and peers.

Canva raised $3 million by 2014. It had 600,000 users who have made over 3.5 million designs. Six years later, this start-up has become one of Australia’s hottest new businesses. Mary Meeker, an investor in Silicon Valley, led the 85 million dollar funding round in October 2019, valuing the company at 3.2 billion dollars.

Additionally, it makes it one of the most valuable woman-led tech companies in the world. 85 percent of Fortune 500 companies utilize the platform, and now, it’s a company valued at 15 billion-dollars.

Perkins takes on this responsibility seriously. She plans to use the funding to demonstrate her leadership capabilities, expand her team of seven hundred across Sydney, Beijing, and Manila, and create new revenue streams.

With this strategy, Perkins will be closer than she has ever been to competing with professional design tools of leading tech giants like Adobe and Microsoft. The young founder is ready to take on the challenge!

624
PrevPrevious5 Tips On CRO for eCommerce Sites
NextHow to Build a $1m+/Year Course in 1.5 Years, With Jack Butcher, Founder of Visualize ValueNext