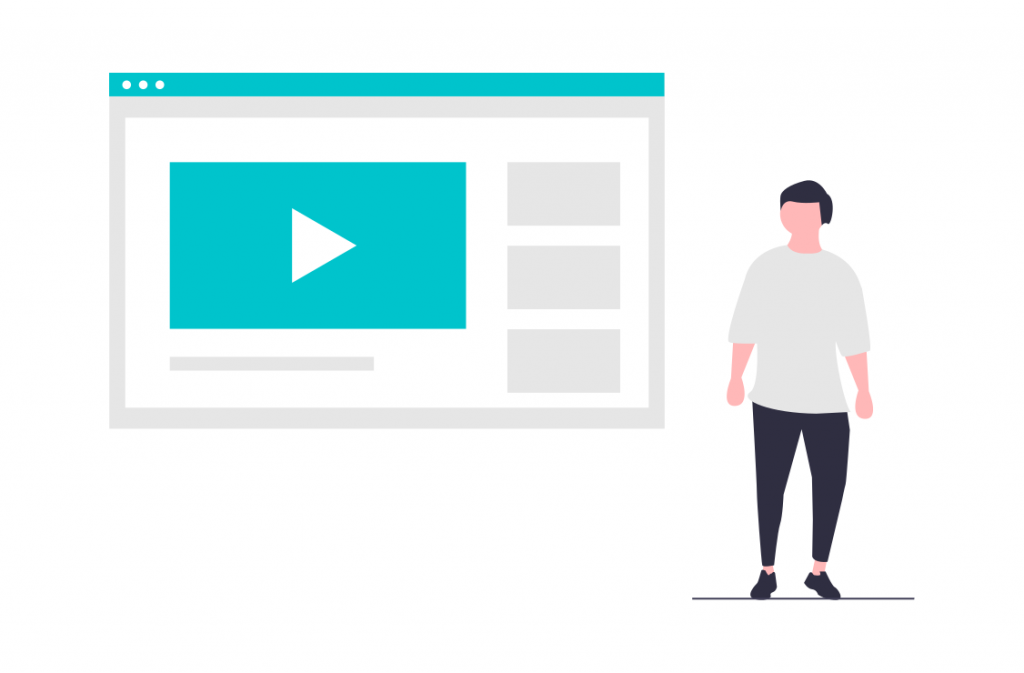 YouTube videos are all over the Web — not just on the site itself, which already dominates the Internet along with Facebook, especially when it comes to “time on site“.

I’ve been guilty of adding YouTube videos to blog articles myself. It resulted in a plethora of problems.

Over the years the growing number of apparent issues forced me to rethink my lazy approach to blogging.

Here are the most common ways how embedding YouTube videos on your blog backfires.

You are probably using Google Search Console to test your website for compliance with Google search requirements. Why? You want your site to get

and to receive organic search traffic from the market dominating search engine.

Ever since WordPress started using the Gutenberg editor you can just add a YouTube block and copy and paste the YouTube video address to it. That’s all! Done!

I did that, especially with my legacy videos that still used the proprietary and controversial Adobe Flash (RIP!) format for embedding.

You can imagine my shock when I noticed that Google’s Search Console is showing errors on my blogs in posts where I embedded YouTube videos! After all, Google owns YouTube! What happened then?

Apparently the default Gutenberg block for YouTube is not conforming with “mobile-friendliness“.

I get three “Mobile Usability” errors for each and bike-blog.info every post containing a standard YouTube block:

This happens even though I use the same text size and white space between links as on other posts that do not contain any videos. This type of error also shows for Vimeo content embeds.

I updated them all between 2018 and 2020 to get rid off legacy Flash-based video embedding that did not even show for most visitors by 2020. I used the standard Gutenberg blocks on all of them.

Content removal was the number reason why I was always a bit cautious when embedding YouTube videos.

I never relied upon a video to be the main content of a post. I always linked to the video separately using a text link and provided a screenshot. Why?

This still often happens. Even when you just add a video to a valuable and content-rich post it’s often a bummer when the video you embedded is gone or unavailable.

The empty player looks bleak and your blog looks outdated.

There is no way to know or prevent this. Unlike broken links you can’t find out when a YouTube video vanishes unless you visit the post.

Even in case you added the link as text and your WordPress Broken Link Checker plugin runs in the background you may overlook it.

Many owners just mark videos private after a while. Sometimes it’s also YouTube censoring itself when existing content does not abide by some new guidelines.

In many cases some copyright holders appear sooner or later and let YouTube pull videos often years after publication.

Once even a teenager managed to remove numerous videos by forging a DMCA takedown notice.

Sometimes it’s enough to have the wrong background music to get your video removed altogether.

I was always keen on privacy online. Yet over the years I used Google Analytics and other tracking tools to track my visitors.

In recent years I tried to curb the invasive third party data collection on my sites and optimized them for privacy. I removed Google Analytics and all other cookie-relying tools from this blog.

You can imagine my surprise when — testing with a tool called Blacklight — I discovered that a Google DoubleClick tracking cookie is spying on my unsuspecting visitors. What happened?

I dug deeper to find out where it came from and realized that when you embed a YouTube video Google sneaks in a tracking cookie from DoubleClick on your blog!

Even in case you don’t care about such cookies they might be breaking local laws and you’re guilty of negligence by letting Google spy on your visitors.

First off YouTube is your competitor. How that? I’m not into video hosting you may argue.

YouTube is the #1 website on the Web both traffic-wise and based on time spent on site. Is it really such a good idea to suggest to your visitors to go there rather than stay on your own site?

Even in case they view the video on your blog — I often click through to YouTube to view a video in full size or read the comments — your visitors will see previews of videos from other content creators after the end of the video.

YouTube shows thumbnails of other videos after a clip is finished.

Sometimes these thumbnails also feature some images that may have a bad impact on your reputation.

They simply reflect the viewing history of your visitors. Thus your blog may show links to

In many cases your visitors will also see videos from your direct competitors who cover the same topic as the algorithm shows more similar content to the one already watched.

In the most common case you probably lose your website visitors because they’ve got reminded of some more interesting video content they wanted to watch on YouTube.

Credits to Video in Search Results

The post itself is rather big. It has more 2.000 words and it has not been “Uploaded by [ThirdPARTY] as it says in Google search results now.

I uploaded the article to the blog myself and then I embedded a video from YouTube.

By no means is that an article that has been uploaded by someone else yet on Google the opposite impression is given.

Effectively Google tells search users that someone else is responsible for my blog post!

Do you remember Google Reader? I do. It was the most important tool for subscribing to online publications.

It’s not used by the majority of Internet users — it’s used by the elite users of the Web. These power users still use feed readers to gain a quick overview of what’s going on.

I use Feedly quite a lot. Sometimes I use it daily, sometimes weekly. I’m not even one of the most active users. Feedly lets you share directly from the app and cooperate with (remote) teams.

What happens when you embed a video in your blog post? Feedly assumes that the video is the most important visual asset of your content and is used as a thumbnail automatically — even in case your featured image is something else or the video appears way down in the post:

So for my “content is king” quote post I get the ugly face of a self-righteous billionaire as a post preview. No wonder almost none of my 1.000 subscribers clicked through to it!

When you live in Germany like I do — and many American expats including Brian Dean of Backlinko — you will rather sooner than later come across videos “not available in your country”.

YouTube limiting country specific access and blocking of videos based on visitor IP has been an ongoing issue for many years and by now has been sorted out in many cases. In others it haven’t.

To this day you risk embedding a video that will not be visible from many countries even in case you can see it yourself.

Personally I use a VPN (Virtual Private Network) that obfuscates my whereabouts so that I can access content that has been limited in my area.

What happens when you embed such a video? Well, it’s almost like bait and switch. Sometimes you see a preview and can’t view it. In many cases it’s just a bland black screen with some kind of “keep out” message.

This is not just a disappointment. It’s downright rudeness that has a negative impact on your whole blog as people sometimes consider that limited availability as a personal offense.

Even for content you made and uploaded yourself to YouTube it still may be banned on copyright grounds elsewhere in the world because you use music that has been copyrighted and the royalties haven’t been paid everywhere.

When you embed a YouTube video you don’t control what appears on your site as we have seen above.

Even in case the video is available in your country for the visitor and stays online it can change over time.

Often content creators will change the title or preview image later on so that you risk showing something you did not intend to.

In one particular case I had a video embedded that was offline after less than a year. Half a year later it was back up with a different preview image and title. Yet another six months later it changed again.

So I had to remove it and add it back but also to change the whole paragraph around it because it was dealing with the title and preview in a descriptive way.

It was annoying and time consuming to fix it again and again.

While the changed video was online the text was difficult to understand because it lacked context.

As the video was in the upper part of the post body the rest of the post did not make as much sense anymore as initially.

Tad has more than 20 years of experience in online publishing. For 10+ years he’s been known internationally for writing on SEO 2.0 and blogs of Namecheap, Raven Marketing Tools, Ahrefs, Hubspot, Google Blogoscoped.