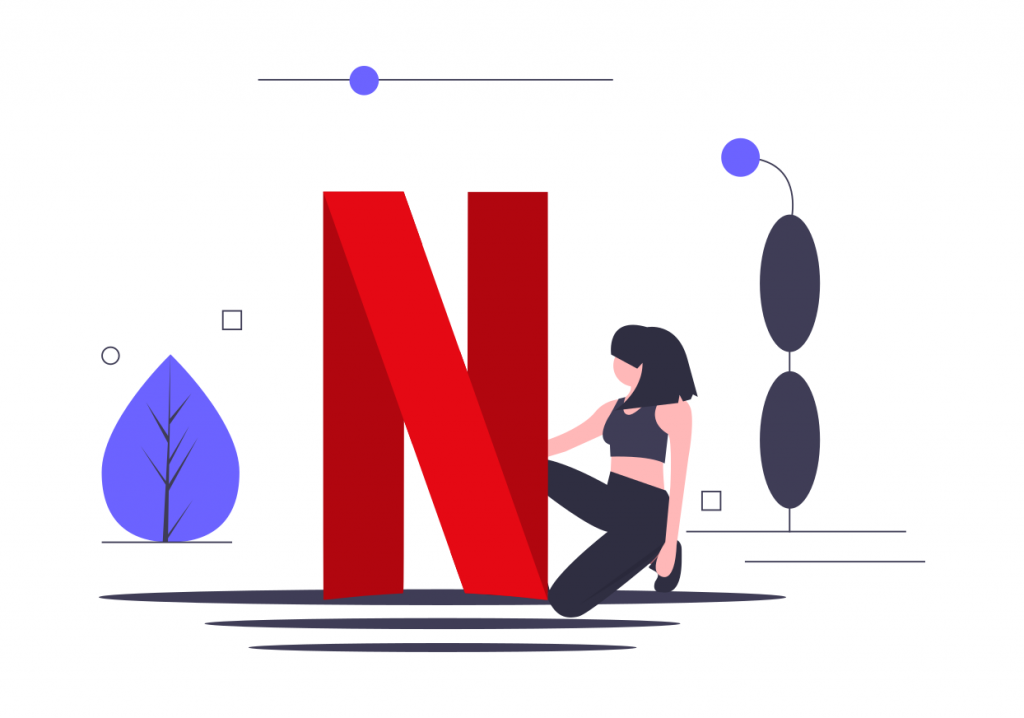 How Netflix Multiplied Its Value By 500x

This story dates back to 1997, beginning with the failure of the highly popular Blockbuster. For those too young to remember, Blockbuster was a movie rental service with physical stores of DVDs all across the United States.

The general American tradition back then was you rent a movie on a Friday and then give it back on a Monday. Back in 1997, Blockbuster was a billion-dollar company with more than 6000 stores in the US alone, having revenue of 391 billion dollars.

But the problem was that 16% of that revenue came from late fees, which was annoying millions of its customers. One of the customers got fined an excessive amount of $40 in late fees. It annoyed him so much that he went on to start a company of his own.

This man was none other than Reed Hastings, and the company he founded is what we know as Netflix today.

Leverage The Undesirable Attribute Of Your Competition

In 1997, Netflix started as a subscription-based DVD in mail service, as in, if you wanted to watch a movie, instead of going to the Blockbuster store, you make a DVD order online and send it to Netflix. They would then deliver the DVD within two to three days. When you return the DVD that you had requested, they can send you another one.

All of this was being offered at an affordable subscription fee and without any late fees.

By the end of 2006, Netflix had over 6 million subscribers, boasting a seven-year annual compound growth rate of 79%. Finally, they had become profitable. The company generated more than $80 million in profits.

Never Get Comfortable With Your Success

By 2007, Netflix introduced its online streaming service, Watch Now. The service was truly radical for the time. While many people thought that the company was crazy to stream movies over the internet, the move was actually logical given their business model. Remember, Netflix’s goal was to reduce friction in accessing entertainment.

It first refined and improved its DVD by mail service through faster delivery, more distribution centers, and eliminating fees. Now here’s the thing: even though Netflix was already hitting some big numbers and doing very well in the DVD rental business, they knew it wouldn’t last.

As an entrepreneur, getting comfortable with a single business success is a bad idea. Most companies that fail to evolve and adapt to changing business dynamics have been forced out of the market.

Blockbuster, Blackberry, Nokia — you name it. So Netflix started early to future-proof their business by entering the video streaming market. By making this shift, they could now provide subscribers with instant access to thousands of titles that you could binge-watch on any device.

While cable companies were concerned with traditional business models and quarterly revenue targets, Netflix looked a decade into the future.

Needless to say, the technology needed to make their vision a reality was non-existent at that time. Undeterred, the company took a huge risk by investing more than $40 million in developing new streaming technologies in 2007. It’s mind-boggling since there was literally no consumer demand for what they were offering.

A lot of people also thought that the idea wouldn’t work. However, since most people didn’t believe in the tech, the competition was small. By the time everyone else finally caught on, Netflix was already ahead of them.

The company had the best streaming tech, extensive titles, and the largest subscriber base. In 2008, the company announced that it was stopping its DVD retail sales one week after debuting Watch Now on Mac platforms. By 2011, Netflix rebranded its DVD rental business, spreading its streaming business and rental business into subscription packages.

From 2013, you can say Netflix began to conquer the world. The company dove headfirst into original programming with its high-profile political drama House of Cards. Both critics and fans gave the show rave reviews, which marked a crucial turning point in Netflix’s growth.

From 2016 onwards, Netflix received numerous awards and accolades, including 54 nominations at the 68th Primetime Emmy Awards.

And Everything Is History

They simultaneously went live in 130 countries worldwide. Their feature films also became increasingly ambitious and attracted some of Hollywood’s finest screenwriters, directors, and actors. In 2017, Netflix subscribers surpassed the total number of cable subscribers in the United States.

With this, Netflix effectively became the largest entertainment provider in the world.

Identify your key growth metric and stick with it.

It’s no secret that most new businesses will fail. Some fail because they take too many risks at once. Others fail because they don’t aim high enough. As a business person, it is essential to identify a massive potential market that you can grow.

Facebook may be a social media giant with over 2 billion users, but they still care about their users’ engagement and still reach for ways to maximize engagement.

Google is still interested in the number of searches conducted every month. Despite being one of the biggest tech companies in the world. For Netflix, their key metric was how many movies a user watched, and they sought a way to build on that.

Obvious moves don’t necessarily have to be dumb. By 2007, it was obvious that the DVD rental market was facing a decline. The obvious move was to look for a way to attract new customers while retaining existing customers.

Data was showing the obvious move, “evolve or die.” But too many established players could not grasp the change that was coming. If Hastings had listened to the naysayers who thought that streaming of videos was nothing but a fad, there’d be no Netflix for you today.

Throughout the history of Netflix, you agree with me that the company has focused on doing what it does well. From getting DVDs to customers faster to developing new streaming technologies — the quality of the Netflix experience and the quality of their content were always at the forefront.

This has helped them build not only a large subscriber base but also a loyal audience of fans. Quality doesn’t necessarily mean spending more money on just your product. How’s your customer support? How’s the onboarding process?

Improving your customer’s experience should be one of your cornerstones. Just in case customers don’t see things from your perspective, be quick to listen to them and evolve accordingly.

So there you have it.

This is the story of Netflix and why they’re so successful.

1,460
PrevPrevious? Elon Musk Cites ‘Last Minute Concerns’ in Delayed Tesla Software Launch
Next? Instagram Comes up With “Take a Break” Feature That Will Ask Teens to Take a Break When They Watch Harmful ContentNext