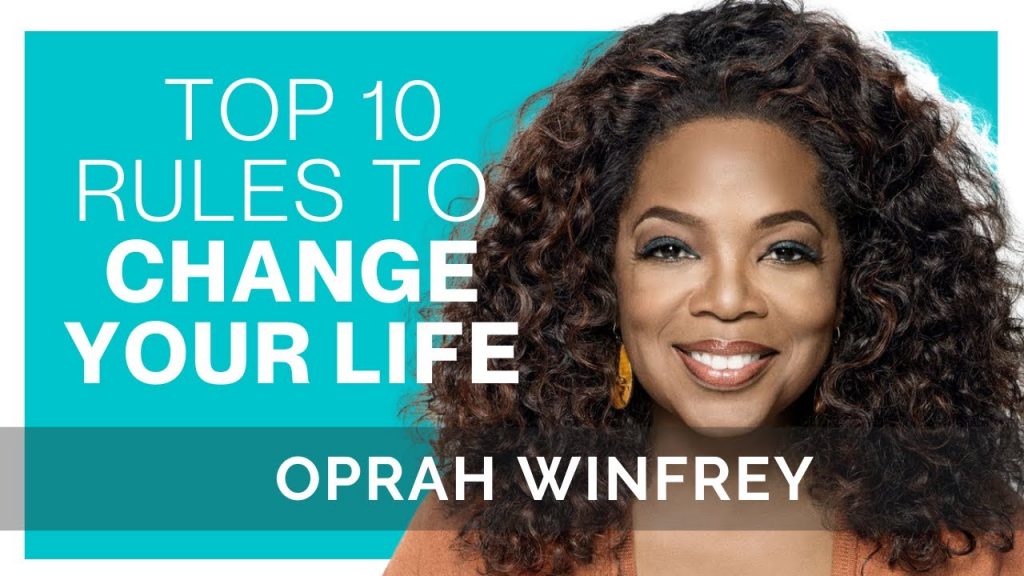 Oprah Winfrey | Top 10 Ways To Change Yourself For The Better

Oprah Gail Winfrey is an American talk show host, television producer, actress, author, and philanthropist. She is best known for her talk show, The Oprah Winfrey Show, broadcast from Chicago, which was the highest-rated television program of its kind in history and ran in national syndication for 25 years from 1986 to 2011. Dubbed the “Queen of All Media”, she was the richest African American of the 20th century and North America’s first black multi-billionaire, and she has been ranked the greatest black philanthropist in American history. By 2007, she was sometimes ranked as the most influential woman in the world.

Winfrey was born into poverty in rural Mississippi to a single teenage mother and later raised in inner-city Milwaukee. She has stated that she was molested during her childhood and early teens and became pregnant at 14; her son was born prematurely and died in infancy. Winfrey was then sent to live with the man she calls her father, Vernon Winfrey, a barber in Tennessee, and landed a job in radio while still in high school. By 19, she was a co-anchor for the local evening news. Winfrey’s often emotional, extemporaneous delivery eventually led to her transfer to the daytime talk show arena, and after boosting a third-rated local Chicago talk show to first place, she launched her own production company and became internationally syndicated.

Credited with creating a more intimate, confessional form of media communication, Winfrey popularized and revolutionized the tabloid talk show genre pioneered by Phil Donahue. In 1994, she was inducted into the National Women’s Hall of Fame.

By the mid-1990s, Winfrey had reinvented her show with a focus on literature, self-improvement, mindfulness, and spirituality. Though she has been criticized for unleashing a confession culture, promoting controversial self-help ideas, and having an emotion-centered approach, she has also been praised for overcoming adversity to become a benefactor to others. Winfrey had also emerged as a political force in the 2008 presidential race, with her endorsement of Barack Obama estimated to have been worth about one million votes during the 2008 Democratic primaries. In 2013, Winfrey was awarded the Presidential Medal of Freedom by President Obama and honorary doctorate degrees from Duke and Harvard. In 2008, she formed her own network, the Oprah Winfrey Network (OWN).

Winfrey has won many accolades throughout her career which includes 18 Daytime Emmy Awards, including the Lifetime Achievement Award and the Chairman’s Award, 2 Primetime Emmy Awards, including the Bob Hope Humanitarian Award, a Tony Award, a Peabody Award and the Jean Hersholt Humanitarian Award, awarded by the Academy Awards and two additional Academy Award nominations.

What I Know For Sure — https://amzn.to/2XxOUXa

The Path Made Clear — https://amzn.to/3sfukJb

Learn sales, marketing, business and life lessons from people who’ve done it before. You don’t have to reinvent the wheel.

On the Success Story podcast, Scott has candid interviews with execs, celebrities, notable figures and politicians. All who have achieved success through both wins and losses, to learn more about their life, their ideas and insights.